"A Hunter Among Wolves" review

Title: A Hunter Among Wolves

Recommended if: you are specifically looking for an extremely fast-paced, short sword-and-sorcery novella

LGBTQ rep: The protagonist is implied to be bi

“Ay! Get back here, you…” the leader shouted back into the tunnel at the retreating thug. Then he pointed his blade at Sylene. “More for me, then.”

The premise is that Sylene is a bounty hunter who’s been, for some reason, exiled (?) from the Empire. She receives an offer to have her record purged if she completes one last assignment. An offer like this is too good to turn down, no matter what the catch might be….

The overarching problem is scale: A Hunter Among Wolves attempts to tackle an entire epic fantasy novel’s plot in the length of a novella, complete with a side quest or two, which end up being relevant to the main plot. As a result, there’s no room for any kind of descriptive text, characterization, or worldbuilding that explains to the reader what really is going on or makes the reader care about any of the characters or events.

A side effect of the scale and pacing is that there’s no time for the reader to get to know the vast number of characters involved or remember anyone’s name. I didn’t really bother trying to keep up with who was who, but if I’d wanted to, it would have been nearly impossible.

It can sometimes be okay to read a story where you don’t know anything about any of the people, places, or things, and you just read it for the plot; if you are, for example, waiting at an airport and unable to concentrate on anything for more than thirty seconds at a time, A Hunter Among Wolves might be the perfect novella to read while you wait to board - entire arcs go by in minutes, and you’ll finish the novella in no time at all. But mostly, this novella reads like an early-career project - an accomplishment to have written anything at all, for sure - but definitely not a polished work. 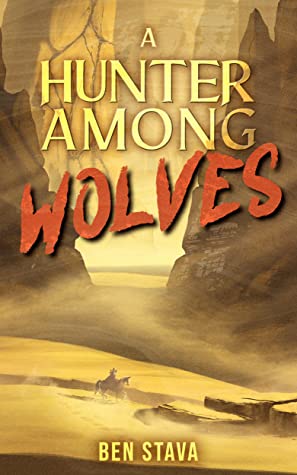