Recommend: Yes! I enjoyed it

Note: While reading this book, I noticed a number of typos and grammar mistakes. Because it was a self-published ebook, I figured I’d reach out to the author to see if he wanted me to send him a full list of errors I found, which he did, so I sent him that list. I don’t hold typos and grammar errors against a self-published book, especially a debut novel, and this review isn’t influenced by the fact that I corresponded with the author. And every mistake I found should now be corrected (at least in the ebook version), so you shouldn’t hold this against the book either!

The Crypt Lord’s Call was my introduction to the LitRPG genre, and I thoroughly enjoyed it. Theo (also known as: Teddy, Not Teddy, Theodore, Crypt Lord) wakes up after seeing some mysterious letters in the sky and finds himself in the Afterlife, forced to participate in an RPG-like System. Step 1: Get some food and clothing. Step 2: Join a guild’s welcoming party. Step 3: Be invited to the guild. Step 4: Reject the guild’s invitation, instead allying himself with local mobs because the System seems damn unfair. Wait, that doesn’t sound right, does it? And things only get crazier from there.

As you may expect from its premise, The Crypt Lord’s Call doesn’t take itself seriously at all. Expect constant puns in ability names like [Rad the Impaler] and mobs like [Orcerer], along with pop culture references to everything from internet memes to Lord of the Rings. The System, responsible for the game-interface elements of the story, is given a snarky, sarcastic attitude that usually insults the user:

You’ve encountered a [Goblin: Chieftain]. To become a Chieftain of the Goblins takes years of dedication and hard work. Or one night’s worth of savage massacre and bloodshed that makes veteran Berserkers throw up yesterday’s breakfast. You’re screwed.

Theo (also known as: Teddy, Not Teddy, Theodore, Crypt Lord) is our protagonist and narrator, and his first-person voice is often similarly snarky, but his tone and dialogue sometimes go over the top and head into the realm of dislikeability; he continually refers to other characters as “stupid” or “lazy” for seemingly no reason or phrases questions like “the hell is that?” despite his being described early on as a supposedly good character.

It’s unclear whether this characterization is a deliberate choice to cast Theo as dislikeable; an unintentional consequence of the book’s overall tone; or a specific plot point because Theo’s sector feeds on the energy of Hell. If it’s the last one, that’s awesome! I can’t wait to find out more in a future book! However, because there’s no indication of anything like that so far, I’m suspecting one of the first two reasons, which brought down my rating of the book a bit.

One other thing to note about this novel is that there is a LOT of fighting described in specific detail. As this is my first LitRPG novel, I’m not sure how it compares to others in the genre. If you’re here for that, you’ll have a great time! I’m personally not so into protracted battle scenes, but a side effect of the LitRPG framing device is that every extended battle scene conveniently ends in a visual Mob Defeated indicator, so if you start to skim the battle scenes a bit (which I did less than I might have otherwise because I had agreed to proofread), you will in no way miss out on the plot, which is what I was primarily interested in.

Overall, I found this to be a very enjoyable debut novel. I’m definitely going to read the sequel (and not only because it counts for Hard Mode Bingo!). It’s also sold me on LitRPG as a genre; I have many things on my TBR list, but I’m for sure going to seek out more LitRPG in the future. The video-game-esque progression is actually quite enjoyable in literary form, and - especially if you enjoy watching video game or esports streams - if you’ve never read anything in this genre I highly encourage you to do so! 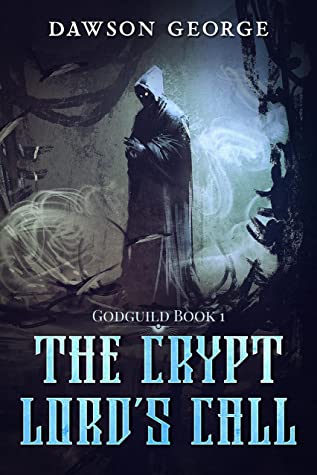